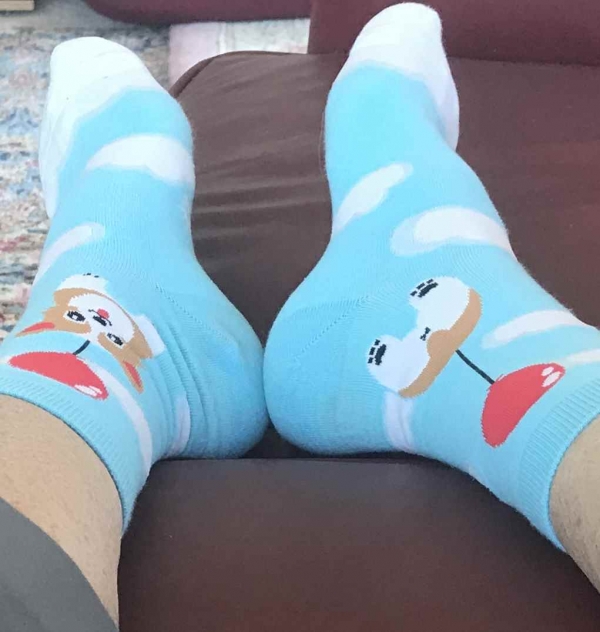 Val Smith, erstwhile President, and Howard and his sox were thanked for over 15 years of volunteer service to the Auxiliary.

Yes Howard's corgi sox were mentioned by Mark Blandford in his thank-you speech; in Val's thank you the Oasis took top billing.

Island Health recognized the long-term service of 1,600+ people with lunches and suppers at the Victoria Golf Course.  Those recognized had served for 15 or more years -- there were two at 50 years!  Prior to the event, Val and Howard had been filmed as part of a series of snapshots of some recipients.  The video starts up-island and as it zeroes in on Vic General, up pop Howard and Val.  As they were talking, the camera was filming the plants on the concourse and in the cafeteria, the shop, and the Oasis. LINK  You can click here to watch it.  All recipients had chosen gifts from a catalogue, and now a lovely supper and preview of the video.

Instead of the expected long list of names and applause, each recipient was called up individually to receive a long-stemmed red rose from Jennings Florist (on Estevan) and a personalized card from CEO Kathy MacNeil.  While receiving those, comments from bosses and colleagues were read.  Which brings us to Howard's socks.... Howard was noted for his sartorial splendour and his socks.  Luckily he could show off the corgi socks!  The dog is greeting on one side of the ankle, and departing on the other side.  Val was noted for her contribution to the Auxiliary, especially noting the Oasis@3North.

The two presenters are well known to some of the Auxiliary. 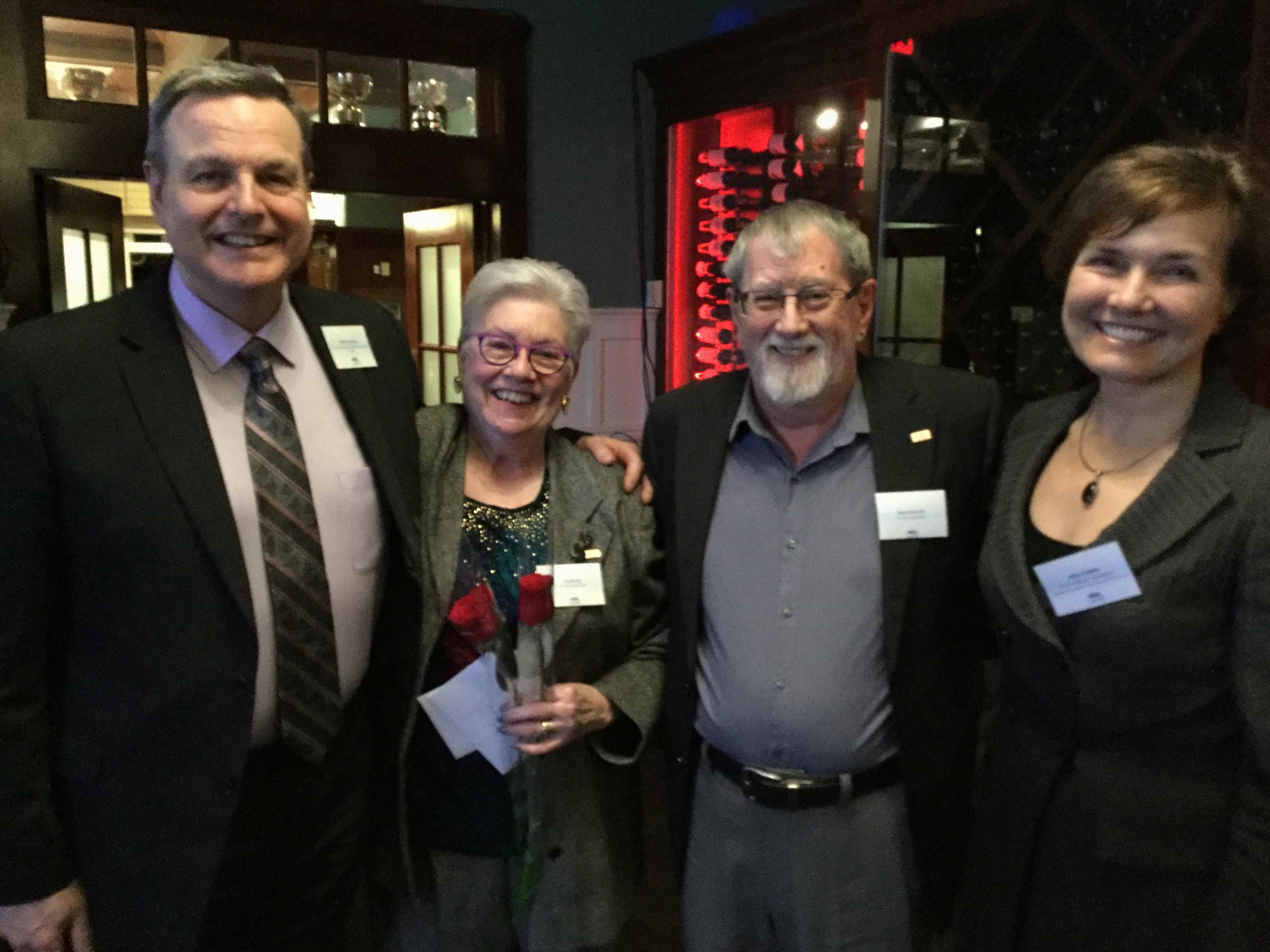